Article VII of the City’s Code established the Harbor and Waterfront Department. The Harbormaster is charged with the care of the harbor and the “vessels and rafts therein”

Get a Mooring Permit

Get a Dinghy Permit

Get My Mooring Inspected

Hold an Event in a Waterfront Park

There are no current alerts or announcements 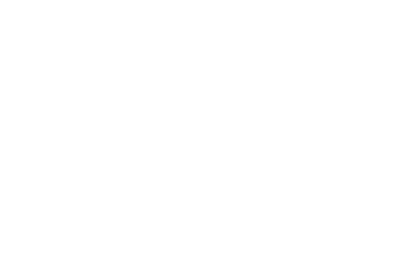 Fall is storm season, so please keep the weather forecast in mind when planning your boating adventures. Storms can also be hard for boats resting on their moorings. Storm surge and winds can [...]

Fall is hurricane season, and though we may feel far removed from the recent storms that have affected the Southern states, Maine is not invulnerable. To best protect yourself, your loved ones, [...]

We are in peak summer which means the harbor is in full swing. Come down and join in the festivities. The 70th Lobster Festival is underway and Harbor Park is packed full of guests participating [...]

This section is to answer some of the frequently asked questions about the Harbor & Waterfront Department and its services.  If you do not find the answer here please feel free to call us (207) 594-0312 or ask your question online.

Can I store my dinghy at the public landing?

We have a very popular dinghy dock which you can purchase an annual permit for.  First come, first serve.

Do you have dock space available?

Do you have rental moorings available?

Yes, the city has 16 rental moorings available on a first come, first served basis.  They are located in the central north and central south mooring fields.

What are the fees for services, dockage and moorings?

The fee schedule is set by city council and is located on this web page.

What do you have for amenities?

Water/electric – We have six electrical and water stations located about the floating docks.  We also have showers, laundry, ice, soda/water, and limited parking at the public landing which is all within walking distance to main street.

When are the docks available?

The docks are available between the 15th of May through the 15th of October.  Hours of operations are 7 days a week 0800-1700 between memorial day through labor day.

Where can I launch my boat?

We have a boat launching facility located in the South end of Rockland at Snow Marine park.

For almost three decades the Rockland Municipal Fish Pier has proven to be a vital facility for fisherman, fuel transport, transient herring carriers, seasonal aquaculture harvesters (sea urchins and seaweed), local island residents, ground fishing vessels, buyers, and smacks. This facility provides vital waterfront access and support services for fishermen and other marine industries up and down the mid coast as well as an effective platform to bring buyers and sellers together.

The Rockland Municipal Fish Pier is owned and operated by the City of Rockland.  The City has managed the Pier since the early 2000’s. Prior to that time, the pier was managed by three private contractors over a 15 year period.

Since taking over responsibility for the management of the Fish Pier the City of Rockland has led successful efforts to make the Fish Pier operation sustainable and operate on a revenue-neutral basis. The City’s Harbor and Waterfront Department has successfully secured annual leases and a regular stream of interim users of the Pier contributing to fiscal stability.

This facility enables more than 100 working men and woman to operate in their trade while also offering parking and a designated area for gear repair.  The Rockland location of this facility is easily accessible to local repair facilities, parts suppliers, and groceries for island residents. While this facility was originally built as a fish pier to support mid coast Maine’s commercial fishing industry, it has evolved into a multi-use facility that supports many marine related industries and provides a vital link in the supply chain of the economies of Maine’s island communities from Frenchboro to Matinicus.

Rockland continues to play a key regional role in the commercial fishery, landing 35 million pounds of seafood in 2016. This multiuse facility serves:

All applications for use of the facility is available at the Fish Pier, please contact the Assistant Harbormaster, Molly Eddy for more details.

It is the Harbormaster’s mission to provide a safe, clean, and friendly environment for the boating public, both for commercial and private boaters. The Harbormaster endeavors to maintain the city’s mooring areas; to keep a clean and environmentally friendly public areas; to retain an effective municipal/commercial fish pier; to provide assistance to local and visiting boaters in use of the city’s Harbor; to enforcement of state and federal laws; and to respond to emergencies whenever may be necessary.

Rockland harbor is one of the largest and busiest harbors in Maine and has long distinguished our City as the center for maritime activity in Midcoast Maine. The department has managed to assist in preserving our working waterfront through providing facilities that cater for commercial fishermen and other commercial marine activities. The City also provides facilities for recreational boaters and cruise ships, both of which provide a lot of value for residents and visitors and contribute to Rockland’s economy. It is important for Rockland’s economy to keep this balance between working waterfront users and recreational boaters. Therefore, the value of Rockland’s Harbor and Waterfront Department is managing one of Rockland’s greatest assets to ensure the needs of all users are balanced.

Much of Rockland’s success in achieving this balance is through owning and successfully operating a number of public facilities. These facilities provide access to the harbor for a variety of harbor users such as the Fish Pier, commercial pier (Middle Pier), Public Pier and the public boat launch at Snow Marine Park. The management of our harbor’s facilities requires a balance between facilities maintenance, administration, enforcement and policy implementation. The following provides an overview of the value provided to Rockland taxpayers through the operation of public facilities on our harbor

Rockland’s Municipal Fish Pier supports $10 million a year in private activity and investment within the commercial fishing industry. It is an important piece of infrastructure for both the City and the Midcoast region. The Fish Pier ensures ongoing water access for fisherman and facilitates higher prices for the fishermen by providing a more efficient market where buyers and sellers have easy access to one another. In 2013 Rockland’s Fish Pier ranked 30th in the nation in total volume of fish landings among all U.S. ports. The Harbor and Waterfront Department leverages additional value through the economic activity generated by marine related tourism. By providing safe and convenient facilities and comprehensive services to visitors who arrive at Rockland by sea, the City creates and economic activity from seafaring visitors who shop, dine and lodge in Rockland.

You can contact the Harbor & Waterfront Department or Municipal Fish Pier using the details below or by completing the online form.
Office hours: Monday — Friday,  8:00am –  4:00pm (Closed public holidays)